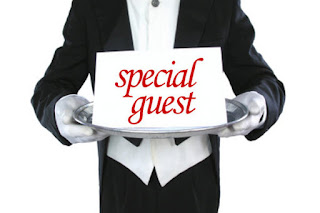 Mr. Wessel disputes the findings of the Sunnyvale City Attorney's office in regard to moving to district elections by invoking CA Govt. Code #34886.  Code #34886 allows a switch of election systems through a simple ordinance passed by a majority of the city council.  It is discussed in detail at: https://meetingthetwain.blogspot.com/2018/10/district-elections-cvra-4.html

For the letter initiating the issue see:  https://meetingthetwain.blogspot.com/2018/10/sunnyvale-district-elections-part-3_6.html

For a possible district map and demographic analysis see: http://meetingthetwain.blogspot.com/2018/11/district-elections-cvra-5.html

Should there be a desire to amend the charter, there can be such a vote by all those that vote in the March CA primary of 2020.

Should there be any doubt of the conclusion coming from the March voting, there can be a confirming vote (if so desired) in November of 2020.

Here is what the Report to Council states:
----
"There are several issues and options regarding the time frame for making the transition to district based elections.

"First, the City received several comments following receipt of the demand letter suggesting that it should forego seeking voter approval for a charter amendment and immediately adopt an ordinance to change to district elections pursuant to Government Code section 34886 and Elections Code section 10010.

"The general rule under Article XI, Section 3(a) of the California Constitution is that charters must be amended in the same way they are adopted-majority vote of the electorate. How that requirement should be harmonized with the CVRA is not clear. It is possible that a court could conclude that the CVRA preempts the Charter and uphold a change by ordinance in deference to legislative intent and the goals of the CVRA.

“This bill seeks to regulate the manner in which municipal officers are elected. It is not clear whether this bill would apply to charter cities. According to the League of California Cities, sponsor of this bill, if the charter of a charter city contains provisions that contradict this bill, the charter would take precedence. Conversely, if a city charter does not specify elections procedures or contains language stating that state elections laws shall govern that city's elections, the provisions of this bill would apply.”

Link to the Report from the Assembly Committee is
https://alcl.assembly.ca.gov/sites/alcl.assembly.ca.gov/files/AB%202220%20analysis.pdf
The Report to Council misquotes the Assembly document to make it seem the Assembly said Gov. Code 34886 would not apply to charter cities when it was really a League of California Cities’ comment that said this.  In other words, it was an entity that is not part of the state government that said this.  No legislator said anything like this as far as I have found, and apparently as far as our city attorney has found, because the city attorney does not include anything said by a legislator about whether 34886 would apply to charter cities.

Our city attorney continues:  “Considering the ambiguities in the law, the constitutional preference to amend charters through voter approval, the fact that there is time available to place a charter amendment ballot measure on the ballot before the next possible election date as authorized by the California Elections Code, as discussed below, and based on prior Council direction to complete public outreach on this issue, staff is not recommending that Council consider the ordinance option at this time.”

There are no ambiguities in the law.  Gov. Code 34886 is an extraordinarily clear statute:
https://www.lawserver.com/law/state/california/codes/california_government_code_34886

“34886.   Notwithstanding Section 34871 or any other law, the legislative body of a city may adopt an ordinance that requires the members of the legislative body to be elected by district or by district with an elective mayor, as described in subdivisions (a) and (c) of Section 34871, without being required to submit the ordinance to the voters for approval. An ordinance adopted pursuant to this section shall include a declaration that the change in the method of electing members of the legislative body is being made in furtherance of the purposes of the California Voting Rights Act of 2001 (Chapter 1.5 (commencing with Section 14025) of Division 14 of the Elections Code).”

The final sentence is most significant regarding the issue of 34886 overriding the City Charter.  The ordinance adopted pursuant to 34886 must state the change in the voting system is “being made in furtherance of the purposes of the California Voting Rights Act of 2001 (Chapter 1.5 (commencing with Section 14025) of Division 14 of the Elections Code).”

Thus, the change is being made to further the purpose of the CVRA.

The Court of Appeal stated in Jauregui v. City of Palmdale, 226 Cal. App. 4th 781 that a general law prevails over local enactments of a chartered city, even in regard to matters which would otherwise be deemed to be strictly municipal affairs, where the subject matter of the general law is of statewide concern.

Here is what the Court of Appeal stated in Jauregui v. City of Palmdale, about the dominance of the California Voting Rights Act over city charters:

“[**345] Given the history of our nation and California, there is a convincing basis for the Legislature to act in what otherwise be a local affair—city council elections. Plaintiffs argue that the sections 14025 through 14032 implement the equal protection and voting rights provisions of the state Constitution. (Art. I, § 7, subd. (a); art. II, § 2.)5 Section 14031 states the California Voting Rights Act of 2001 was adopted to implement the voting and equal protections provisions in article I, section 7, subdivision (a) and article II, section 2. Further, they [***30] argue integrity in the manner in which local elections are conducted is a matter of statewide concern. Plaintiffs argue these constitutional and integrity-driven concerns are statewide in nature. We agree.”

The conclusion that Gov. Code 34886, with its required reference that an ordinance enacted pursuant to that section is “made in furtherance of the purposes of the California Voting Rights Act of 2001 (Chapter 1.5 (commencing with Section 14025) of Division 14 of the Elections Code)” prevails over Sunnyvale’s charter is inescapable.  It is a general law with a subject matter of statewide concern. 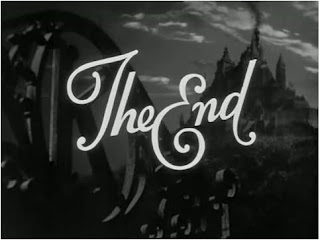 Posted by Michael Goldman at 1:18 PM