The Road to 7 Districts

The Legal Road to 7 Districts 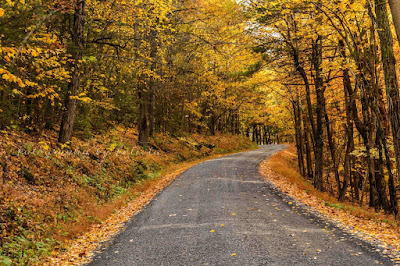 
Possible and most likely sequence of events leading to district elections:


(Link to this post: https://meetingthetwain.blogspot.com/2020/01/the-false-legal-narrative.html )
It is extraordinarily hard to see any way in which the judge could or would order a directly elected mayor to be installed in Sunnyvale.  This is based on what the Superior Court Judge already has written, namely:


“The Court was initially concerned that having an at-large mayor would not provide remediation to the extent required under the CVRA, which can trump charter city rights.”
...
"At trial, counsel for the City made an important point. He acknowledged the Court’s View that eliminating the at-large mayor would provide additional CVRA remediation."

This means that even though Santa Clara already had a directly elected mayor in their charter, the judge could eliminate the at-large mayor to satisfy the CVRA.

In the end, the judge allowed the at-large mayor position to remain only because it was already in the city charter and the judge was imposing 6 districts.

But since Sunnyvale does NOT have an at-large mayor in its charter, for what reason could a judge add one, since it the atlarge provision violates the CVRA?  No reason whatever.

For those just tuning in, the March 2020 Measure B attempts to change Sunnyvale’s government to conform to the California Voting Rights Act (CVRA).  Currently, Sunnyvale has 7 council members with 4 year terms.  A mayor is chosen by the council from within the council for 2 years.

The false narrative we are fighting is that when Measure B's “6 + 1” change is rejected by the voters a judge will impose "6+1" on Sunnyvale, anyway.

The false narrative is that judges are inclined to go along with the desire of the majority of the city council. Since that could be “6 + 1” then (this false narrative continues) a judge would impose an at-large mayor plus districts.  BUT!  - this is not supported by what happened in 2018 in the City Santa Clara, not supported at all!

What you find when looking at the judgement from the Santa Clara County Superior Court in 2018 is that the CVRA takes precedence and that an at-large mayor (same as "citywide" or “directly elected”) is not aligned with the CVRA.

“The Court was initially concerned that having an at-large mayor would not provide remediation to the extent required under the CVRA, which can trump charter city rights.”
...
"At trial, counsel for the City made an important point. He acknowledged the Court’s View that eliminating the at-large  mayor would provide additional CVRA remediation."

The statements above by the judge cannot be over-emphasized!

In the end, the judge permitted the City of Santa Clara to keep their at-large mayor only because they already had one.  The judge let them keep it rather than change their charter.

If the court didn’t want to change the charter for Santa Clara, why would they do it for Sunnyvale when installing an at-large mayor is in direct opposition to the CVRA?

In the case of Santa Clara there was a pre-existing charter provision for a directly elected mayor.  Without a charter provision for a directly elected mayor in Sunnyvale, it is hard to imagine why a judge would impose one.  For one thing, that would require a charter revision to pass in November, 2020 as Sunnyvale’s City Attorney explicitly stated in the council meeting of December 3, 2019.

The simplest action (by far) for the judge would be to order 7 districts for Sunnyvale resulting in minimal changes to the city charter.

Some are concerned about there being sufficient time to implement the change to district elections.  In that regard please note that Santa Clara's ballot measure failed in June 2018 yet district elections, with new maps, occurred in November 2018!

The judge might even rule that all of those 7 districts be up for election in November 2020 to completely satisfy the CVRA.  During public comments at Sunnyvale’s City Council meetings many people asked for exactly that - for all 7 seats to stand for election in November 2020.  We know from the court ruling (cited above) that the judge considered public comments in the ruling.

Finally, Sunnyvale city council seats will be up for election in November 2020.  Members of the city council running for re-election will need to consider how voters will view each candidate’s response to the failure of the ballot measure.  What will be the effect on their re-election prospects if they try to over-ride the will of the people who have voted against a citywide at-large mayor?  It is very possible that they may decide to bow to that will and just go with 7 districts.

This analysis should help Sunnyvale Voters feel more confident their NO on Measure B vote on the March 3rd ballot will make a difference.

On March 3rd, please Vote No on Measure B.
Join and endorse the campaign and help fund our joint effort today.
www.NoDirectlyElectedSunnyvaleMayor.org

We don't like asking for financial support but the success of this campaign relies on YOU.  The ballots are scheduled to be mailed the beginning of February. In order to get our message out (mailers, flyers, Yard Signs etc.) before Sunnyvale starts voting we urgently need another $4,700 before 11:59 PM on Friday January 10th.  Please chip in whatever you can spare at:
https://www.nodirectlyelectedsunnyvalemayor.org/donate

On March 3rd, please Vote No on Measure B.
Join and endorse the campaign and help fund our joint effort today at the following link:
https://www.nodirectlyelectedsunnyvalemayor.org/get-involved

Posted by Michael Goldman at 11:16 PM