A little pet peeve of mine is hearing "Econ 101" tossed off when in fact it refers to something that isn't taught in Econ 101 - often the perpetrator never even took Econ 101.

For example, a statement that building more apartments implies decreased rents is often finished off with a ".. simple Econ 101!" implying the concept is so simple and basic that anyone familiar with the most introductory level of economics accepts the idea.  If building higher and denser lowered rents, New York City and Hong Kong would be the cheapest place in the world but in fact they are two of the most expensive.   You can see this in the chart below - NYC takes 63% of the average salary, while Hong Kong takes 64% salary.  San Francisco takes 50% of the average salary (high tech = high salaries). 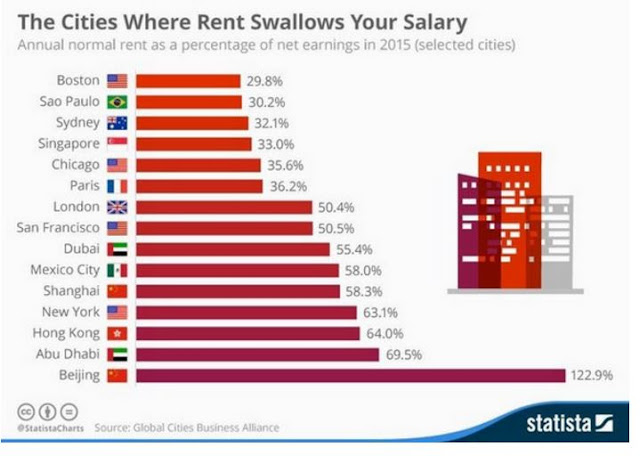 Clearly "Econ 101" fails in NYC.  Why do people think it applies in Silicon Valley?  Why do they think Econ 101 says it is true when it obviously isn't?

What does apply to NY City and Hong Kong - and every other major metropolitan area - is called Urban Economics.  Urban economics is taught to undergraduates but is not required so many people who major in economics never even hear of it. I explain the basic ideas here: http://meetingthetwain.blogspot.com/2017/04/urban-economics.html .

Let's look at "Econ 101-ism" to see what real economists think of it. 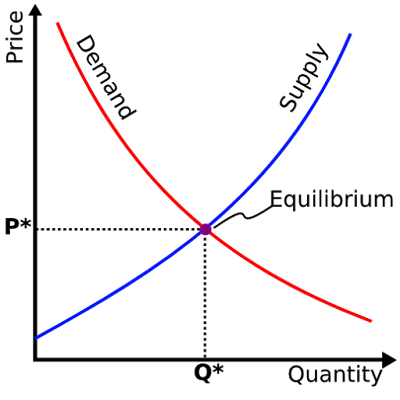 As a direct quote from the post:
"But for some reason, people seem to come away from 101 classes thinking that the cases that are the easiest to draw on the board are - God only knows why - the benchmark cases."

Economics Professor Mark Thoma in "What's Wrong with Econ 101" argues that Econ-101-ism is a very conservative (essentially libertarian) view of things.  Taken literally it implies government should have nothing to do with markets (like setting minimum wage, social security taxes, etc.)
https://uneasymoney.com/2016/06/16/whats-wrong-with-econ-101/

More examples of mis-application of the "Law of Supply and Demand" (AKA "Price Theory") can be found by Googling "Econ 101-ism".