Recent public comments in favor of raising RHNA numbers suggest that intent of high RHNA numbers is not to add more housing but to remove any restrictions towns and counties might put on building.

Other posts related to RHNA:

RHNA was established decades ago.  The idea was that California's increasing population needed more housing.   To assist cities and counties in planning for that housing the California Dept. of Finance estimates population growth which then become the basis for projected housing growth (RHNA numbers) for a region.  The RHNA numbers are administered by California's "Dept. of Housing and Community Development" (HCD).

An excellent history of the perversion of RHNA for political purposes is here:

Until recently, if no one built housing according to the RHNA numbers, HCD didn't do anything.  If the projected growth didn't happen, it was not presumed to be the fault of the city. That has changed with new legislation which implicitly assumes that cities can somehow induce buildings to be constructed by private development companies, or that it is only the cities that are holding back more housing from being built.

We also propose ways to modify RHNA numbers to keep it line with realistic growth.

These facts are important because the proposed bills in the California legislature are based on the assumption that RHNA is a true assessment of future growth.  Therefore, the reasoning goes, if RHNA numbers are not met by a jurisdiction it must be the fault of the the jurisdiction.

Taking these items in sequence: 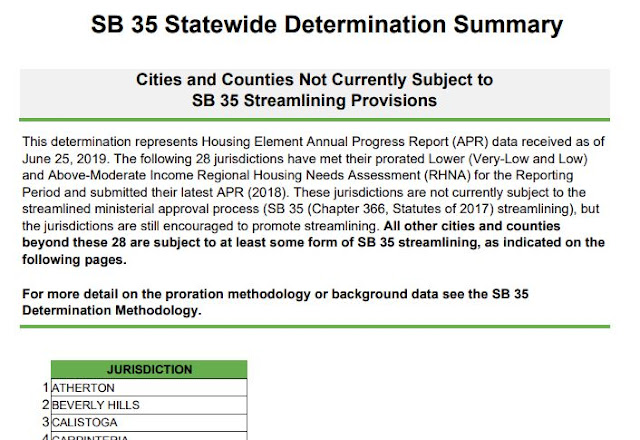 Some of the rationale given for assigning RHNA numbers is 'to ensure that all jurisdictions contribute to alleviating the housing shortage'.  The RHNA numbers for cities and counties are unrealistic and shows no relation to either historic growth patterns or any housing "shortage".  We show examples of small, medium and large jurisdictions for which RHNA is unrealistic.

Alpine County RHNA mandated 11 "Above Moderate" housing units.
If only 10 were built Alpine could be subject to monthly fines up to $100,000 under AB 215.
With a population declining over 19 years, far away from the expensive coastal cities, almost everyone owning their home, and five housing units per household what is the possible justification for assigning any RHNA requirements at all to Alpine County?
Image 5:  HCD Determination
Not enough "Above Moderate Income" housing built in
298 Cities and counties so state laws for those that didn't meet their RHNA numbers kick in.

From: https://www.hcd.ca.gov/community-development/housing-element/docs/sb35_statewidedeterminationsummary.pdf
On Page 2 of 6

For Alpine County it is clear that RHNA devoid of any rational purpose.  Are there any other counties in a similar situation?  It turns out that there are a baker's dozen counties like Alpine County with small and declining populations (from 2010 to 2018), excess housing units, and high home ownership.  Throw in two more that have trivial increases and we have 15 rural counties without a housing problem yet potentially subject to high fines under Chiu's AB-215.

13 Counties Losing Population (plus 2 that didn't gain much)

Amador is among the 95% of California cities and counties that failed to meet their RHNA.  As in Alpine County builders didn't construct enough "Above Moderate Income" housing units so they get the full brunt of state law, just like Alpine County - see image 5 below from 2019 HCD.
Image 5:  HCD Determination
Not enough "Above Moderate Income" housing built in
298 Cities and counties so state laws for those that didn't meet their RHNA numbers kick in.
-------------- +++ -----------
For middle-sized jurisdictions, consider Pasadena.
Image 6:  Pasadena, California
Home to the Rose Bowl 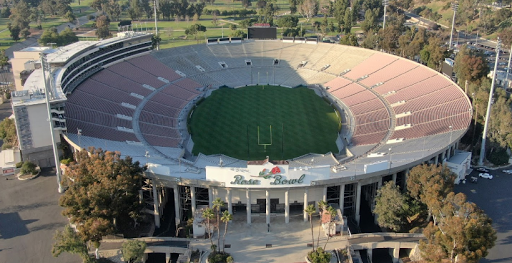 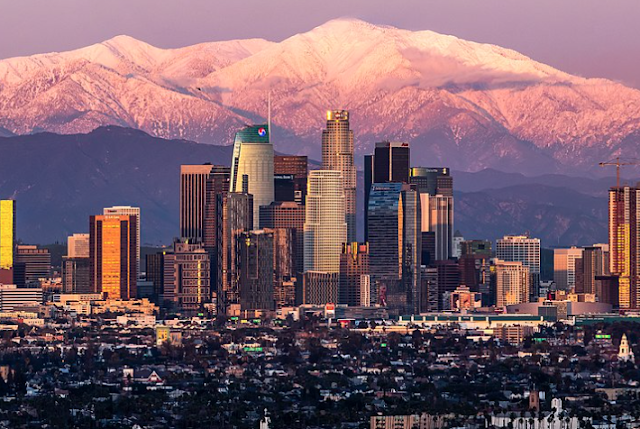 The following SF Chronicle article from July-August 2020 makes it very clear that the point of higher RHNAs is to make sure cities and counties can't meet them.
Bay Area needs to build lots of housing to meet state goals - and goals called too low
Quotes from article:
“If we got a RHNA number in line with the Southern California number, we would increase another 50%, which would mean more counties would not be hitting their number, which would mean that housing would be streamlined in those communities,”
"Matt Regan, who heads up policy at the Bay Area Council, a pro-business trade group, said he supports the highest possible number so that developers will be able to get quick approvals by doing 10% affordable."
When jurisdictions fail to meet their unrealistic RHNA goals, state mandated "streamlining" kicks in.  This means no public notices are required, and builders can put in only 10% "affordable housing" instead of city mandated numbers which are typically 15% or higher.  There are also reductions or eliminations of off-street parking requirements.

We have seen that failure to meet RHNA goals is not due to anything the cities and counties are, or are not doing but simply because RHNA is absurdly unrealistic in it's projections for growth.  RHNA needs to be radically altered, or simply abolished as it is extraordinarily unrealistic.

Posted by Michael Goldman at 2:54 PM