We look at what will happen if the proposed ballot measure to go to 6 districts with a directly elected mayor is not passed by the voters in March, 2020.  This is my understanding from asking questions and listening to various authorities on the subject.  The Sunnyvale City Council will be getting more information from the City Attorney's Office in the future.  I will correct this post if I find there are errors.

On October 2, 2018, the Asian Law Caucus (ALC) sent a letter to the City of Sunnyvale, California claiming that Sunnyvale is in violation of the California Voting Rights Act (CVRA).  Details here: https://meetingthetwain.blogspot.com/2018/10/sunnyvale-district-elections-part-3_6.html

In response, on June 18, 2019, the Sunnyvale City Council (SCC) voted 5-2 to put on the March 3, 2020 ballot a measure to change Sunnyvale's city government to 6 districts and a directly elected mayor.  Council Members Nancy Smith and I, Michael Goldman, were the two dissenting.  The June 18, 2019 Sunnyvale City Council meeting details and video are here:
https://sunnyvaleca.legistar.com/MeetingDetail.aspx?ID=672121&GUID=B8A30FDC-A215-410E-9BDD-443F8DD1FEAC&Options=&Search=

Sunnyvale's 7 current council members were elected "at large".  "At Large" means the entire voting population of Sunnyvale voted for every council seat.  The proposed ballot measure would change this to a directly mayor elected "at large" with 6 council members each elected singly from 6 districts.  This is referred to below as "6+1".   Details on that here:
https://meetingthetwain.blogspot.com/2019/07/sunnyvale-district-elections-now-and.html

In dissenting, Council Member Nancy Smith stated that she favored a directly elected mayor herself but since the public comments were overwhelmingly against it she opposed it being part of the ballot measure. 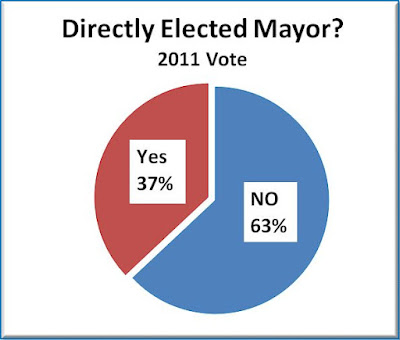 The 2011 ballot measure for a directly elected mayor lost 63% to 37%.  About 17,000 people voted.  That was an odd year election which tends to draw voters more politically concerned about Sunnyvale politics.  The 2011 ballot measure is described here:
https://ballotpedia.org/City_of_Sunnyvale_Elected_Mayor,_Measure_A_(November_2011)

The March 3, 2020 primary will also draw out the more politically interested voters.  "Guesstimates" I've heard as to how it might go in March are similar to the following:

That sums to 80% voting "NO".  Play with the numbers but it is hard to see how the measure wins.

If the ballot measure loses, the ALC will probably sue Sunnyvale right away.  The SCC can either fight the suit (expensive - $$$$) or "stipulate" - i.e., give up (not very expensive - $).

Fighting the suit could be very expensive.

There is no situation where a city has won a fight against a CVRA lawsuit.  Nonetheless, occasionally cities choose to fight.

If the current SCC chooses to fight, a judge will likely order Sunnyvale to go to district elections for November, 2020 while Sunnyvale's attorneys fight the suit in court.  This would be similar to the current situation in Santa Clara.

Since four council seats are up for election in 2020 and they will almost certainly be elected by district, it is possible that even if a legal battle is initiated, a new majority could stop it in short order at not too much cost ($$).

The decision to fight the suit will highly likely be an election issue in 2020 city council elections.

Stipulating will be relatively cheap but not free.  Based on precedent it would likely cost around $125,000.

Question for the city attorney: Which cities have stipulated and how much did each pay to the plaintiffs?

If the SCC "stipulates", it would need to go into negotiations with the ALC to determine how much money to pay the ALC to settle.  The ALC seems more interested in getting to district elections than making a lot of money, but they have put a fair bit of time into this and they will want to be compensated for it.

Negotiations can take a month if everything runs smoothly.  A very slightly accelerated effort could do it in less time.  The longer the Sunnyvale City Council haggles over the settlement amount the longer the delay in going to districts.  With luck we would have everything settled by April or May so people know what district they are in and candidates know which districts will have elections.

Question for the city attorney: what is the shortest time frame we could reasonably expect to reach a settlement?


Sample District Map Drawn by FairVote
For the city to provide a 7-district map to the judge, it needs to go through the entire process of public outreach and map-making that it did for the 6+1 maps.  This could take 2-3 months.

Question for the attorney:  what would be the fastest the city could go produce a 7-district map?

If the judge does accept a 6+1 map - despite it being voted down in the March 3, 2020 primary - there will need to be substantial changes made to the city charter to delineate how many years a mayor can serve, powers, term limits, salary, etc., etc.  These changes to the city charter can only be made by a vote of the people.  Should those changes be voted down in the November, 2020 election I do not know what will happen.

Question for the attorney:  what happens if the judge accepts the 6 districts plus mayor but the necessary changes are not approved in November by the voters?

In my opinion, any ongoing lawsuit is 99% certain to be an election issue in the council elections of November, 2020. 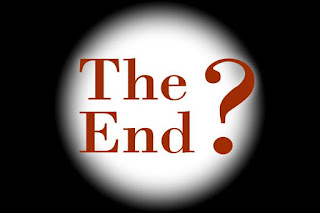 Basics of Sunnyvale election systems currently and proposed changes, as I understand them.

The Sunnyvale City Council (CC) has voted 5-2 to put on the March 2020 ballot a measure that would profoundly change the Sunnyvale city government.  CC Members Nancy Smith and Michael Goldman (me) were the two who dissented.  The ballot measure, if passed, would change the city governance from 7 council members elected "at large" to 6 council members elected from districts with a mayor elected "at large".

For years each city council member has run in a numbered "seat" so that each candidate is only running against one or two others for that "seat".  This is to cut down on the vote-splitting that happens when every candidate runs against every other candidate as happens in neighboring cities like Cupertino and Mountain View.

District Elections and the CVRA:

The "California Voting Rights Act" (CVRA) is intended to allow minorities - "communities of interest" - a greater voice in city government.  The CVRA is intended to strengthen the Federal Voting Rights Act.  The courts have interpreted the CVRA to mean that city councils, school districts, and other jurisdictions elect candidates by district instead of candidates running "at large".

Much more detail on the CVRA here: https://meetingthetwain.blogspot.com/2018/10/sunnyvale-district-elections-part-3_6.html

Each district's boundaries would be drawn based on total population (not the number of voters) as of the 2010 census.  They would be redrawn after every 10 year census (2020, 2030, etc.).  The difference between the most populous district and the least populous district cannot be more than 10%.  The intent is to draw districts that allow minorities to form a majority or plurality.

Since the districts are drawn by total population not by voter count, it is possible that the number of voters in each district could vary considerably from the average.

The system of government proposed on the ballot measure would be that of a city council of 6 members each elected from one of 6 districts plus a mayor elected "at large". With 6 districts, each district would have about 25,000 residents and about 10,000 voters.  The mayor would be directly elected by all (approximately) 60,000 voters.  Substantial changes will be necessary to the city charter to describe the mayoral powers and duties, term limits (if any), and changes to mayoral compensation.  The city charter can only be changed by the vote of the residents.

The least change necessary to comply with the CVRA would be 7 council members each running from one of 7 districts.  If there are 7 districts, each district would have about 21,400 residents and about 8,600 registered voters.  The mayor would be chosen by and from the existing city council as is done now.  Other than noting the transition from "at large" to "district", and district boundary drawing prescribed, this would require very few changes to the city charter.  The city charter can only be changed by the vote of the residents. 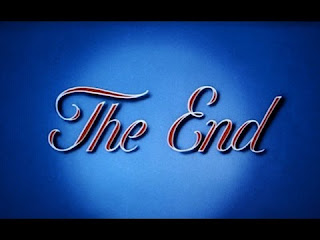 Posted by Michael Goldman at 4:24 AM