Three mayors in Silicon Valley in a 14-minute video
round-table discussion on housing and transportation
https://www.youtube.com/watch?v=YaJRtJ6JsOs

Summary of video (above) and transcript (below):

The difficulty of getting funding for low-income housing is discussed.  The possibility of bankruptcy of some less financially secure SF Bay Area cities is mentioned.  CASA's proposed 20% (for starters) taking from future property tax increases is discussed with regard to the potential impact on schools and public safety.

Transcript of above video below:


My name is Lynette Lee Eng. I am the mayor of Los Altos.  Joining me is Mr. Eric Filseth, the mayor of Palo Alto and Mr. Steven Scharf, the mayor of Cupertino. Today we're here to talk about housing and transportation. So why don't we start?

Okay, one of the first things that's in our mind right now is, as of a couple weeks ago, we approved our first affordable housing development in Palo Alto in seven or eight years. So that was a big high-point for everybody because it's been a while and the Palo Alto Housing Corporation, which brought the project to us, the neighborhood came out in support for it. It was a really good thing.

But it cost ten million dollars out of our affordable housing fund and that fund is now depleted. And so, if we want to do some more of these, we’ve got to find some more money to put it back.  And I think that brings up one of the essential challenges of at least below-market and affordable housing, as opposed to market-rate housing, which is you have to fund it somehow, and that's been an ongoing challenge.

Steven Scharf: In Cupertino, my first year on the council we funded a 19-unit affordable housing project - 100% for seniors. It's almost done.
The applications, it's being applied for now.  But it's only 19 units.  It's not enough.  We have six million dollars in our affordable housing fund.
We're expecting another 47 million from one large development that should be moving forward hopefully soon.  We’ve got forty-seven plus six.  That sounds like a lot of money: fifty-three million dollars. The reality is with the cost per-unit upwards of $500,000 that's still only around 100 units of affordable housing.

Eric Filseth: How big are your affordable housing impact fees on commercial space?

Lynette Lee Eng: But there's no doubt we're all supportive of affordable housing.  But, what's happening to affect our cities is going to impact how we provide services – the quality of life for our residents.  So, not only are we all concerned about housing and affordable housing, it's about also preserving what we have in each of our cities that make it unique.

Eric Filseth: Well CASA has a number of things in it. I think one of the provisions you mentioned is that they want to divert existing pools of money.

So, they've speculated that maybe they'll take 20% of future property tax increases, for example.  Those property taxes are how we pay for our city operations. So, our largest revenue source is actually residential property taxes and that's how we pay for police and fire and everything else.  If we don't have that, we're not going to be able to pay raises to our labor groups in the future.

But more fundamentally it's sort of moving existing pots of money around when you'd start talking about that kind of stuff.  I thought the governor [California Governor Newsom] was much more on target when he called for a new revenue sources and from Sacramento and particularly for industry.

I mean the engine of the valley [Silicon Valley] has produced enormous wealth since the recession, and investment in housing and transportation hasn't kept up, and that's the real problem.

Because unless you invest in housing and transportation those costs are not going to be picked up, they're going to get dumped on communities and it's going to result in reduced services which we see.  And it's disproportionately dumped on the low- and mid-wage earners, as opposed to the top of the pyramid which has actually done pretty well in California and Silicon Valley over the last 10 or 20 years.

Steven Scharf: It's true. Some of the proposals for revenue generation for CASA are extremely regressive.

To be honest, with the recent corporate tax cuts, tremendous amounts of money have flowed into large corporations that would normally go to the federal government and would hopefully turn around and come back to the states, counties and cities. That money isn't there anymore.

Instead, it's in the bank accounts of some of these companies that really need to step up and help solve this housing and transportation situation. Just because that's where all the money is.

Lynette Lee Eng: Sadly, I do want to agree with you, because like you said the 20% [of future increases in tax revenue] that'll be taken from small cities like ours. It'll greatly impact our cities because that's how we provide our services.

Eric Filseth: So the Silicon Valley Grand Jury, I don't know if you remember last year, you know they produced a fairly thick report [3], but one of their conclusions was you could solve the entire housing problem in the South Bay, all of it for everybody, for $30 billion, or $20 billion if you put it in Gilroy - which is actually kind of interesting.

But I mean that's a lot of money. But on the scale of high-speed rail for example it's not that… - the state was talking about until recently. Fortunately, I think cooler thinking has prevailed. But talking about $20 billion dollars for “twin tunnels” [4], for water diversion tunnels under the Delta, surely that can be better invested in the economy of Silicon Valley.

But the reality is that we have this kind of money. So, in 2016 and 2017 those two years the market capitalization of the Silicon Valley 150 increased one and a quarter trillion dollars. I mean that's a lot of money.

So, we have the money to do this. The question is, “Can we shift the battleship a little bit to try to re-tune the engine a little bit so that its funding housing and transportation?” That's the real issue.

People think they're going to do this with zoning changes, I think we're not going to get a five- or six-hundred percent increase in housing production off of height limits and setbacks and bridge tools.

Steven Scharf: It's true. But I don't think that money is there for us to take. It's how it's held in equities which of course are not going to be transferred.

Lynette Lee Eng: So, I think that's what's happening is we in leadership positions can change the conversation. It's up to us to make sure that we let our state legislators know that we have some ideas that introducing bills without including us in the conversation does not benefit the city or the state at all.

Eric Filseth: Well I think it's divisive actually, it's going to pick a big fight with voters at a time when we're going to go asking for voters for confidence in Sacramento. I think it's going to be a picking a big - and some of those zoning provisions and of CASA and so forth and SB 50, at a time when you want voters to have confidence in Sacramento. It's going to pick a big fight - which is a needless distraction.

Lynette Lee Eng: And then here are you have like [CA State] Senator Weiner.  Many of the problems exist in San Francisco, the big cities. You have San Francisco, Oakland, San Jose.  Then they're introducing legislation, they haven't fixed the problems in their cities and they're thinking they're going to fix the problem for the state. Now that's problematic and that's worrisome.

Steven Scharf: And I would say we're in three pretty well-managed cities. We've been able to manage our pension costs. There's a lot of cities in the state - if you took twenty percent of their property tax away and you made them fund pensions to the level of a realistic rate of return, they would go bankrupt. They just don't have the resources or the reserves to weather the slightest recession. And we need to think of those cities other than the wealthy cities in Silicon Valley, and what they're going to do if some of these costs of funding provisions went through - because it would be extremely bad for them.
Eric Filseth: Well I think that's a whole other issue. If you're not budgeting your finances based on an expected rate of return of 6.2%, which nobody is, you're not fully funding your future pensions. I'm sure your pension costs are going to continue to rise, and so that's just reality.

Steven Scharf: I think everything is inter-related here. Once I was at a meeting where they were discussing CASA, and someone asked where's the transportation part of it. The answer from the woman from MTC  was CASA doesn't consider transportation, it's only housing.

And it's very hard to separate those two because you have so much land in places you could build a lot of the kind of housing that people actually want, which is single-family home for the yards, but there's no good way to get to Silicon Valley from Tracy or Lathrop or Manteca or Merced. Transportation has to be an integral part of the solution.

The other thing is you have MTC - who is trying to put CASA forward - they can't even properly manage transportation.
So, I see problems there. And I don't know if you see the problem, but I also see that they are failing to really look at what the big picture is, what the problem is in order to fix it.

Eric Filseth: Well, I kind of like the governor's remarks when he announced his budget and later his State of the City discussions.  I sort of liked some of the directions he took. First of all, a much more ambitious scale of funding for these kinds of things, and I think it's going to take a lot of money.

I mean the Valley produces jobs five or six times faster than dwelling units. No community can keep up with that without massive external investments. And that's the kind of the scale that the governor was talking about.

The other thing that the governor said that I thought was actually quite interesting was that to look at encouragement and instead of trying to have somebody in Sacramento to decide for you this size building on that corner in Menlo Park, and that size building on another one. The governor came out and said, “Look, we need financial incentives and disincentives.” And I think that makes a lot of sense.

Particularly if you look at - he was talking about transportation funding - but if it's done right, I think that can be very valuable, actually.  I mean, you should spend a lot of money where we're putting in a lot of housing and transportation, and maybe less in other places.

And the costs of housing and transportation in the mid-Peninsula are vastly higher than they are, for example, in San Jose where there is much better transit: they’ve got BART, they’ve got [Santa Clara County] Light Rail, significantly lower-cost housing, a big workforce that actually is the only one in the Bay Area that leaves during the daytime because they commute to other places.

So, I want to thank everyone for this conversation here today.

So, once again, we have Eric Filseth, Mayor of Palo Alto; Steven Scharf, Mayor of Cupertino; and myself, Lynette Lee Eng, Mayor of Los Altos. 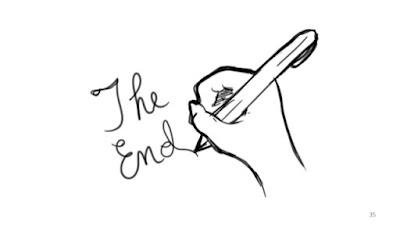 Posted by Michael Goldman at 7:02 PM