Letter From Sunnyvale to MTC
(PhotoCopy)

In December of 2018 then-Mayor Glenn Hendricks wrote a letter to the then-Chairperson of MTC (Metropolitan Transportation Commission) in opposition to the "CASA Compact".  A photocopy of the letter in several images is below.  Click on any image to enlarge.

The letter points out that Sunnyvale has been building a lot of housing.  It goes on to point out several problems with CASA in regards to governance and taxation.

The letter shown below is a photocopy so as to include the official Sunnyvale letterhead.  Click on any part of it to enlarge it for readability. 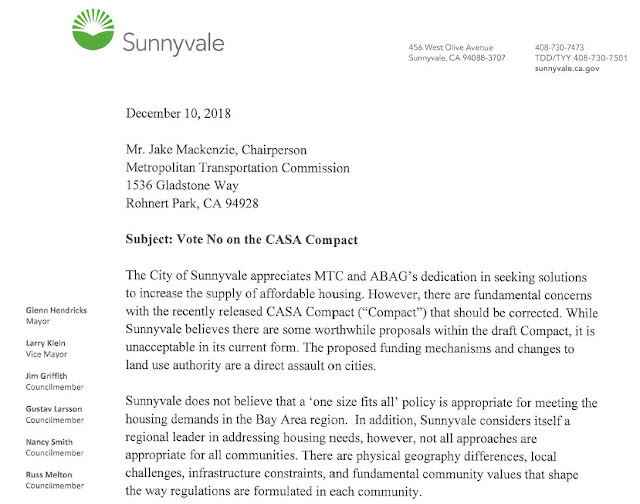 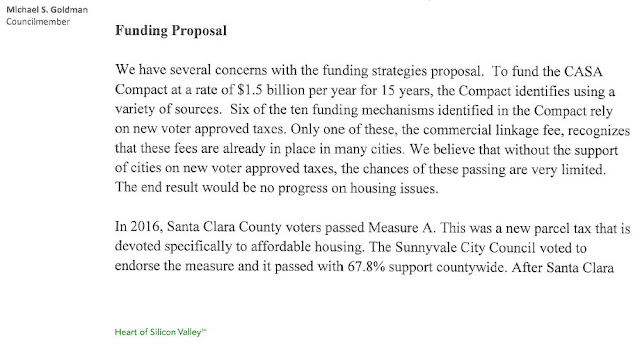 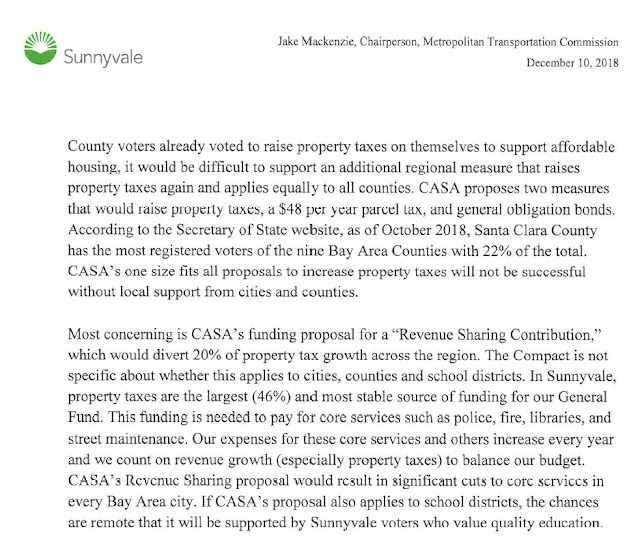 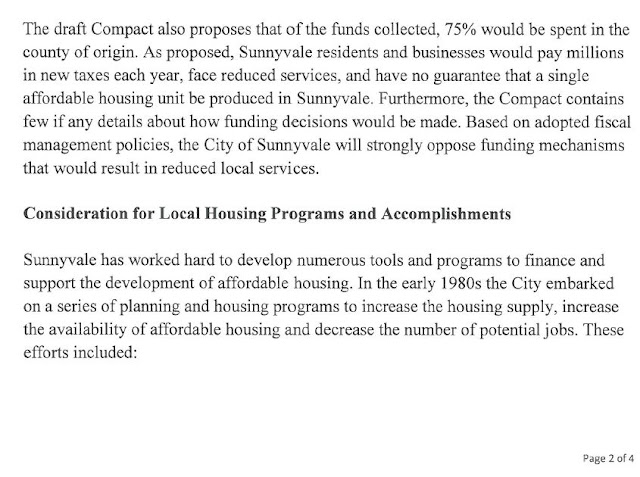 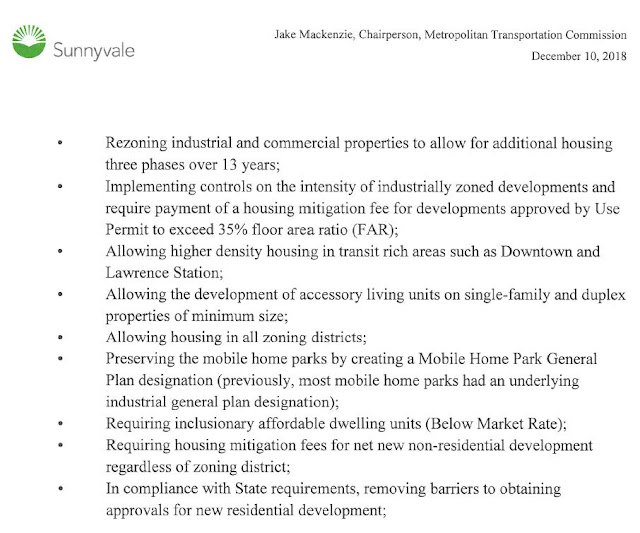 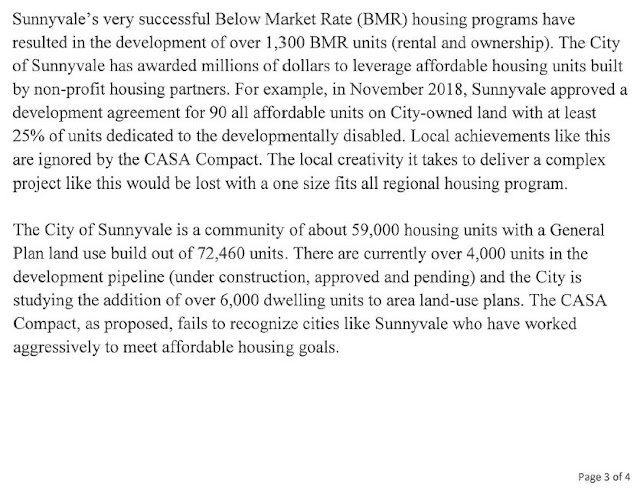 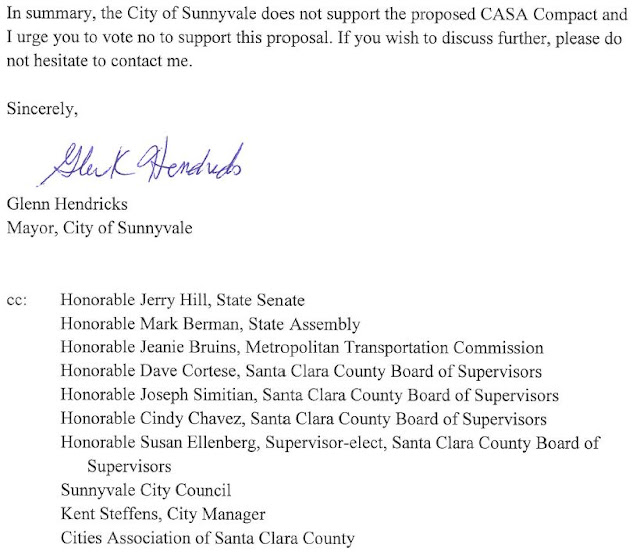 Posted by Michael Goldman at 11:21 PM