Thanks for visiting - you are really looking for:

Sorry for the confusion! 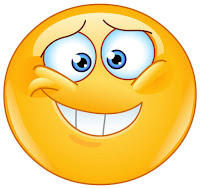 Posted by Michael Goldman at 7:09 AM


Hi,
This is Sunnyvale City Council Member Michael Goldman (writing solely on my own behalf).

What is the underlying theme of the city-wide directly elected (at-large) mayor part of the coming March 3rd ballot initiative?  For all the high-falutin’ talk about “governance” and “considering the city as a whole” it really comes down to the power of money in our local government.

How much longer will the big money campaign contributions dominate our local politics?  Going to district elections will break the hold of out of town interests on our city. Locally elected council members will be more responsive to the concerns of their neighbors than to billionaire office developers.

The key thing is the “directly elected” mayor.  It sounds nice – everyone can vote for the mayor – but the reality is that it costs so much now to run a city-wide campaign only those backed by billionaires really have a chance.

In the last council election over $100,000 was spent on each of the three winner’s campaigns (average $121,000), while the losers (some of whom came close) averaged about $17,000.  (See detail below) That huge money difference is why you see lots of glossy full color campaign fliers from some candidates and only one or two (if any) fliers from others.  Most without the big money backing cannot afford to get fliers out to every voter.  People vote for the candidates they hear from.

If they don’t hear from you, they probably won’t vote for you.
(click on image to enlarge) 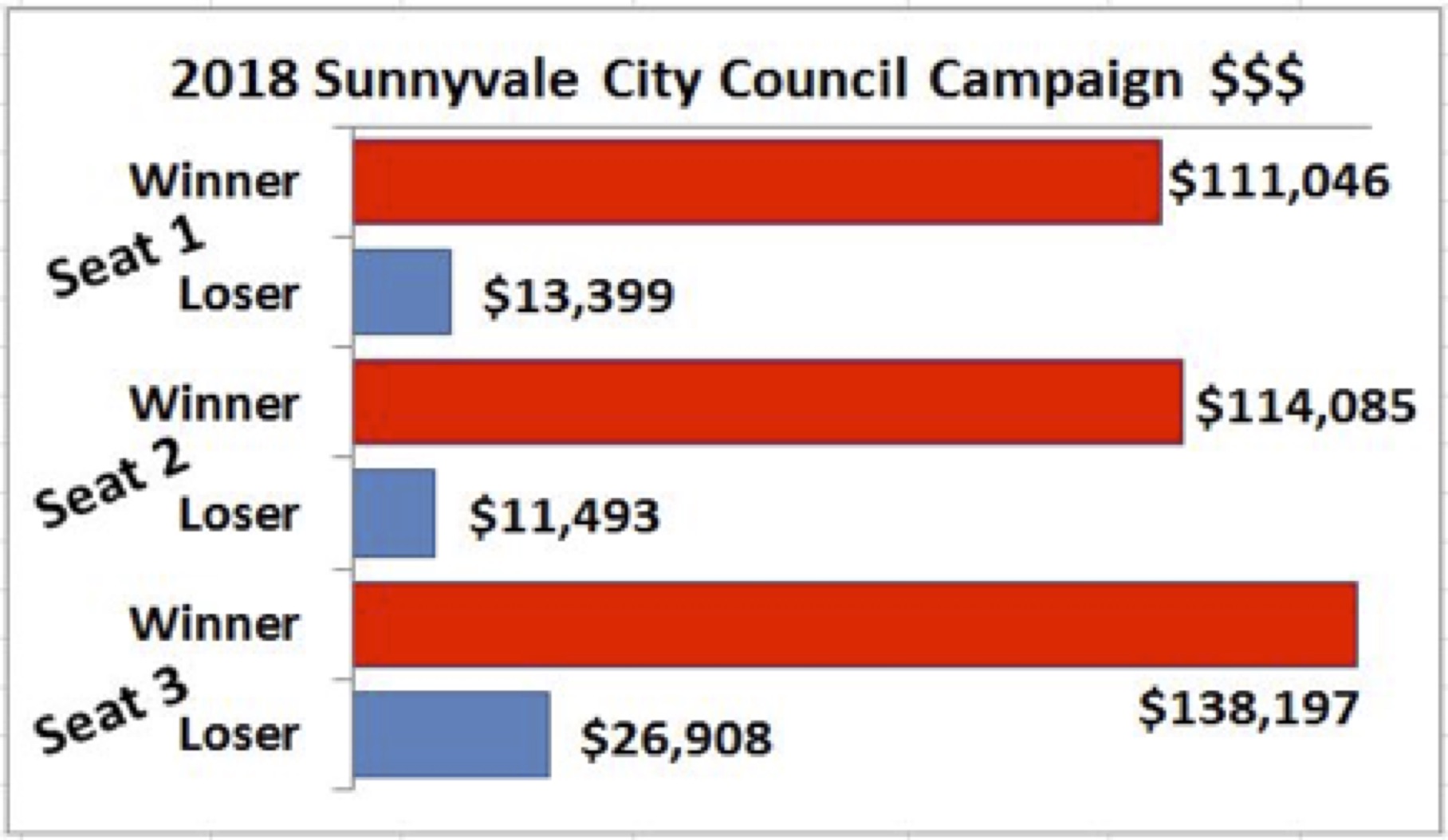 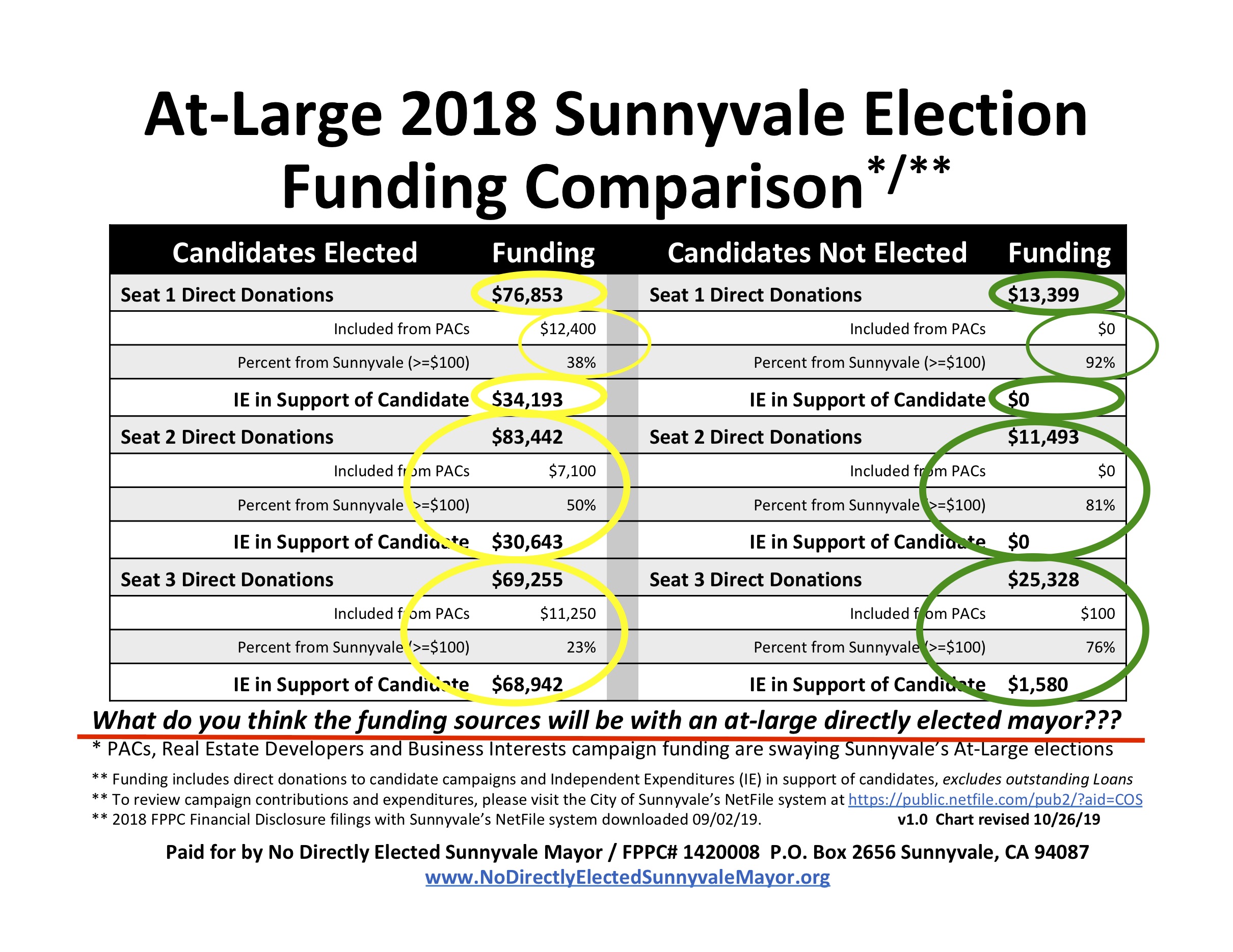 During the nearly 3 years I have been in office I talk to a lot people in all the neighborhoods.  The number one complaint I hear is about traffic.  Not freeway traffic on 101 or 280 but local traffic.  The streets from the freeways to home, school and shopping have become ever more congested and dangerous.

This traffic has increased risk to pedestrians, bicyclists and our childrens' routes to school.

The traffic comes from overbuilding in areas with inadequate infrastructure. This overbuilding is enabled by politicians at all levels who owe their elections to big money contributions.

The Supreme Court has ruled that money is “free speech”.  Billionaires have a lot more “free speech” than the rest of us so they can Roar while we can only whisper.

Sunnyvale is on track to go to district voting for city council members on November 3, 2020 with or without a directly elected mayor.  Going to 7 single-member districts with only about 9,000 voters in each district means the local candidate can easily reach all the voters in their district.

While the big money can still pay for lots of fliers, the fact that the local neighborhood candidate can reach every voter is sufficient to even the scales.

Getting a directly-elected mayor is a one-way street.  If we allow that, we will never undo it.  A directly elected mayor will gain ever more power.  We will eventually become like San Francisco where the mayor can remove sitting elected officials, appoint their allies to empty elected offices or commissions, and veto ordinances.  We don't need the bitter San Francisco political wrangling between a money-backed mayor, and neighborhood-elected representatives.

If we reject the 6+1 Measure in March there will be several ways we can go to seven districts before November of 2020.

Thanks for reading.  I wish everyone a happy and restful Thanksgiving.