We got a letter.
The letter (sent October 2nd, 2018) says Sunnyvale is violating the California Voting Rights Act and therefore must change from "at-large" elections to district elections.

Part 6 - Will there be enough candidates in district elections?
https://meetingthetwain.blogspot.com/2018/11/election-districts-part-6-number-of.html

A Letter was received by The City of Sunnyvale sent October 2nd, 2018 initiating the legal process which in all likelihood will result in Sunnyvale moving to district elections.  Currently, Sunnyvale has a "numbered seats, all seats at-large" election system.  A photo-copy of the letter is included below but first a summary and some notes.

There is some media coverage of this here:
https://www.mercurynews.com/2018/10/06/civil-right-groups-threaten-to-sue-sunnyvale-if-it-doesnt-switch-to-district-council-elections/

The letter was sent by Goldstein, Borgen, Dardarian & Ho (GBDH).
GBDH "is one of the oldest and most successful plaintiffs’ public interest class action law firms in the country.  GBDH represents individuals against large companies and other entities in complex class and collective action lawsuits.  The firm has three primary practice areas: employment discrimination, wage and hour violations, and disability access, and also brings other public interest cases, including voting rights, environmental protection, and consumer cases.  The firm has a national practice, litigating cases in federal and state courts throughout the country."

Summary of the letter from the GBDH Law firm, the Asian Law Alliance, and Asian Law Caucus.

Representing a registered voter in Sunnyvale of Asian ethnicity, the letter says:

Item 4 above is very, very important.  It is found in the last half of the last paragraph on the 3rd and last page of the letter from GBDH (with other civil rights attorneys).  The letter is reproduced below.

The current "safe harbor" rule in the CVRA limits to $30,000 the attorney fees that must be paid to those filing a complaint under the CVRA.  That limit goes away if 45 days pass from receipt of the letter without the City of Sunnyvale officially moving to remedy the situation AND concluding the process by 90 days after that initial move.  Both have to happen within the specified time of 45 days followed by 90 days to maintain the limit.

The last paragraph of the letter offers to extend the "safe harbor" provision past the 45 and 90 day limits.  Currently, the amount of extension time they can agree to is not limited but effective January 1st, 2019, a new law kicks in that limits the maximum allowable time extension to 90 days.

From a California League of Cities document of May, 2018:
Above from:  http://www.cacities.org/Resources-Documents/Member-Engagement/Professional-Departments/City-Attorneys/Library/2018/Spring-Conference-2018/5-2018-Spring%3B-Aziz-Johnson-Markman-California-Vot.aspx

Once the safe harbor time is over, there is no limit on attorney fees.

In the case of Palmdale, that city had to pay $4,500,000 for appellant's legal fees, and probably about the same for their own attorneys - so about $9M to $10M in legal fees.  This is a lot of money but it was largely because Palmdale took a long time in court to resolve the issue, during which time they had another election "at large" and therefore in violation of the CVRA.

The conclusion was the same.  They had to go to district elections.  In fact, the judge ruled that the last elections held "at-large" were illegal and were therefore null.  Palmdale needed to go to another "special" election with districts.  The last time Sunnyvale had a special election, it cost close to $1M.
http://www.latimes.com/local/lanow/la-me-ln-palmdale-elections-lawsuit-20150506-story.html

The Courts ruled in 2014 in the case of Jauregui v. City of Palmdale that even though the at-large system is in the city charter, state law supersedes local law so charter provisions running counter to state law are inoperative.

"When its at-large voting system was challenged in recent years, the City of Palmdale argued on appeal that it was not subject to the California Voting Rights Act because it is a charter city.  (Jauregui v. City of Palmdale (2014) 226 Cal.App.4th 781.) In evaluating the City’s at-large voting charter provision, the Appeals Court held that while the provision addressed a municipal affair, it nevertheless stood in contradiction to state law because the evidence showed that in application the provision resulted in minority vote dilution. Thus, the court ruled that the CVRA applied to charter cities."

In other words, the last election of Palmdale was invalid because they did not go to district elections as the court ordered them to.  Palmdale's was thus required to hold a special election using a district map.

As a side note, the Palmdale case was litigated by the same law firm, GBDH, that sent Sunnyvale the letter.

At the time of the special September 5th city council meeting on district elections, I did not know a simple majority vote of the city council could make it happen.  If I had known I would have moved to do just that.  I think everyone assumed, as I did, that we had to amend the city charter first.  Now that we have the letter, we should pass an ordinance well within the 45 day limit to move to district elections before the 2020 elections.  We can amend the charter to bring it into alignment later at the general election of 2020.  Since that provision of the city charter is over-ridden by California law, changing it is just a formality.

The letter below was sent to me by a friend (David Wessel) who received it from the law firm of "Goldstein, Borgen, Dardarian, and Ho".  It was not under any attorney-client privilege.  Mr. Wessel was trying to forestall the letter so he could get Sunnyvale to do more on its own without the time pressure.  I have talked with a newspaper reporter and several others who saw the letter before I did.  I believe GBDH and the other attorneys who signed the letter would like the issue well known and understood.

Here is the letter from GBDH (3 separate pages).  Click on image to enlarge:

There will be more to come, but for now, this is... 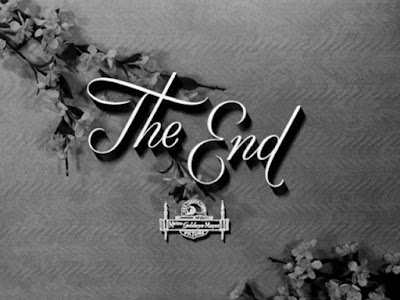 Posted by Michael Goldman at 10:39 AM